The French firm of naval designers and architects Stirling International Design (SDI), have released details of a 130-meter conceptual design for Abu Dhabi Mar. In a market where refit and retrofit are being promoted, SDI have got their fingers firmly on the pulse. At present, the Abu Dhabi Mar shipyard is working on the SWIFT 141 project, converted from a former Dutch Frigate. There is a similar frigate hull available at the shipyard and SDI have put their 130-M design proposal forward, for this second hull.   “Joel Bretecher and myself have been working on developing a style with maximum purity, with an obvious heritage from automotive design, based on Joel’s former experience at Pininfarina”, says SDI’s naval architect, Thibaut Tincelin. Naval designer, Joel Bretecher, has first hand experience in the automotive industry, taking part in the design of several Ferrari cars. The most obvious aspect of the exterior design is that the ship’s line is designed with a single dome shape from the bow to the stern. “The simplicity of the shape is nonetheless challenging to avoid any lost space due to lack of deck height, proper integration of the bridge, the exterior deck spaces, windows with single curvature etc.”, Tincelin told SYD. Whilst wanting to keep the purity of the style as well as the economic and industrial viability, the project is built upon very simple shapes. A narrow and fuel-efficient hull accommodates a duplex owners suite at the front, large full-beam lounges and a helipad for EC130 helicopter type aft. “The second most important technological aspect, is the development in close partnership with MECMAR, of a cutting-edge underwater exhaust system, insuring the maximum space for passenger spaces amidships”, explains Tincelin. “A standard vertical exhaust system in such a narrow hull is not the best practice.” There is accommodation available for 60 guests and 56 crew-members. The superstructure will be made out of carbon fiber to keep the ship lightweight, reduce consumption, and to build the shape with perfect regularity. At present, the plans have been finalized for the second frigate retrofit, but with a decision being made soon, she has a likely launch date of 2012/2013. 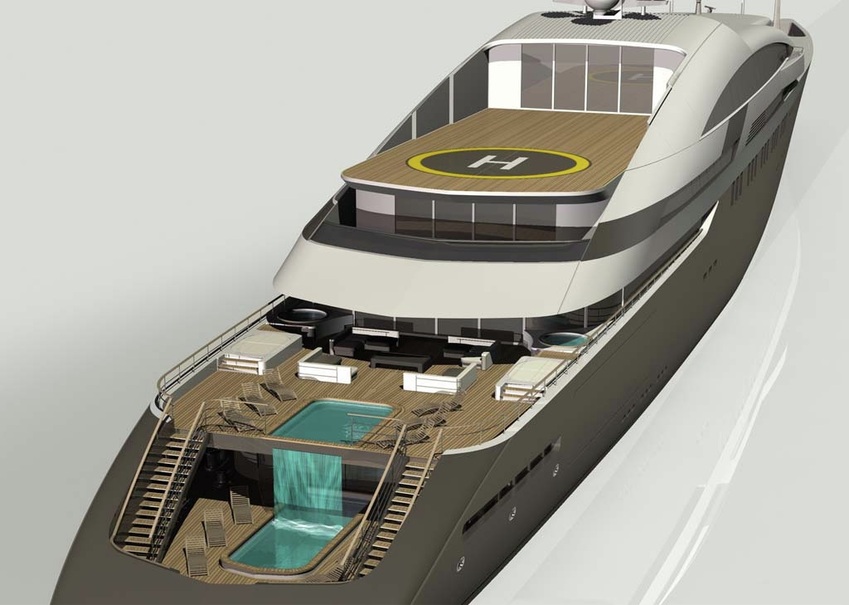 Swift141 is receiving the finishing touches at ADMShipyards, formerly Abu Dhabi MAR. The stunning 141M/462Ft mega yacht will immediately take its place among the elite upon delivery in 2010, when she is predicted to become the sixth largest yacht in the world. Styled by Paris-based Pierrejean Design Studio, the super sleek yacht's futuristic exterior features curved green glass sweeping through a pure white hull and superstructure. The stunning yacht’s distinctive narrow profile has been built on the steel hull of a former Royal Dutch Navy Frigate, originally built by Koninklijke Schelde Groep BV (current owners of Amels Yachts) in 1978.The hull conversion involved a tailored renewal of the electrical, automation, navigation and communication installations. The converted, narrow frigate hull was then paired with a lightweight composite superstructure to create a spectacular mega yacht unlike any other. The yacht’s key features include swimming pool, heli-pad and space for tenders. She can accommodate up to 60 guests onboard, and a 56-strong crew. Swift141 will be the first yacht to launch from ADMShipyard’s state-of-the-art facilities in Port Sayed. With futuristic styling and an impressive speed of 26 knots, Swift 141 is sure to make a big impact among the world’s finest yachts on the water. 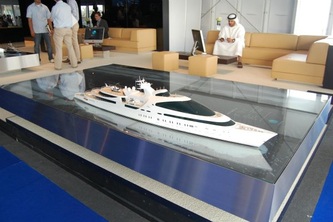 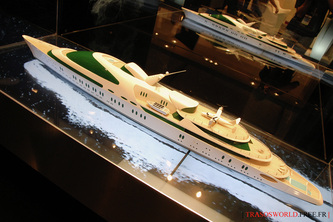 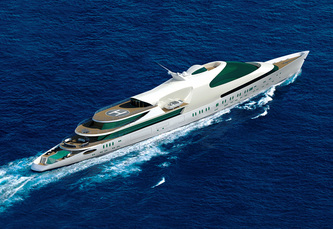 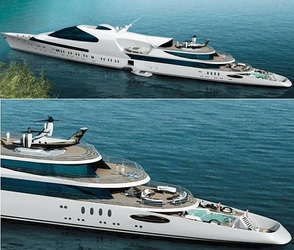 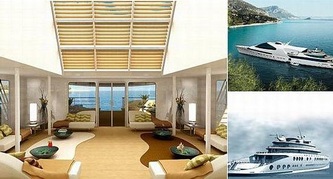 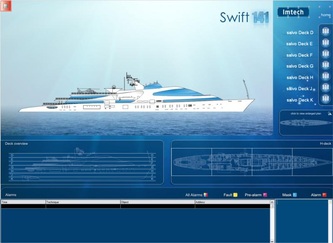 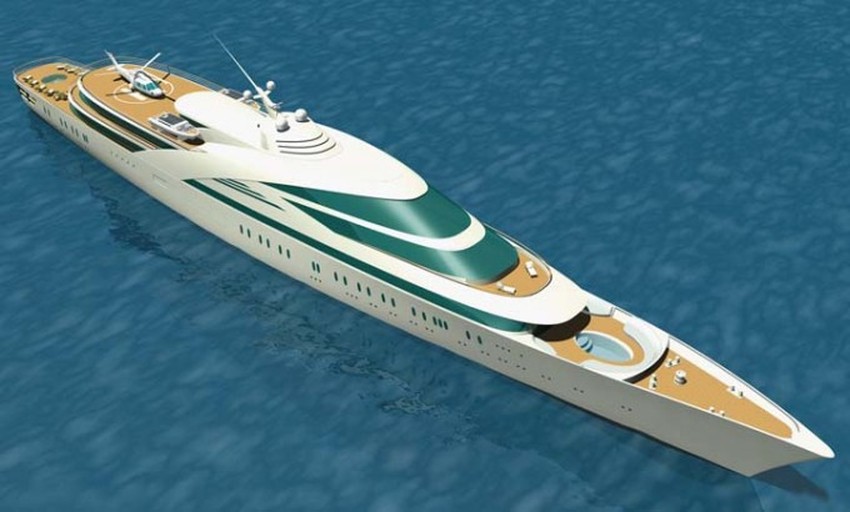 The enormous luxury yacht SWIFT 135 is a motor yacht. This 135 metre (443 ft) luxury yacht was built by Dutch Navy in 1981. SWIFT 135 was formerly named Hr Ms Abraham Crijnssen, F 816; F 01 Abu Dhabi. Superyacht SWIFT 135 is a stylish yacht that can sleep a total of 30 guests on board and has a total of 60 qualified crew. This luxury motor yacht has a helicopter platform. Completed for 1981 this boatâ€™s internal styling confirms the traditional approach of owner and Jacques Pierrejean. Abu Dhabi MAR the United Arab Emirates based shipyard who is a renowned name in the yacht industry is responsible for both SWIFT 135 and SWIFT 141. The megayacht SWIFT 135 has a steel hull acquired from the former Royal Dutch Navy Frigates. The yacht features a futuristic design with narrow beam and high propulsive power along with a remarkable interior and exterior designed by the famous Pierrejean Design Studio in Paris Construction & Naval Architecture for Luxury Yacht SWIFT 135 The yacht's wider design collaboration came from Abu Dhabi Mar and Jacques Pierrejean. The formal naval architect drawings are a products of Abu Dhabi Mar. Motor Yacht SWIFT 135 received her stylish interior designing from the interior design office of Jacques Pierrejean. In 1981 she was formally launched with celebration in Abu Dhabi and post sea trials and detailing was then passed on to the yacht owner. Dutch Navy completed their new build motor yacht in the United Arab Emirates. With a beam of 15 metres or 49.21 feet SWIFT 135 has beamy internal space. A deep draught of 4.3m (14.1ft) selects the amount of certain marinas she can visit, depending on their individual depth. The Max/Min Speed And Engine Room For M/Y SWIFT 135: Superyacht SWIFT 135 Has Accommodation: The enormous luxury yacht motor yacht SWIFT 135 is able to sleep as many as 30 passengers and 60 professional crew. A List of the Specifications of the SWIFT 135: Superyacht Name: Motor Yacht SWIFT 135 Ex: Hr Ms Abraham Crijnssen, F 816; F 01 Abu Dhabi - Built By: DUTCH NAVY - Built in: Abu Dhabi, United Arab Emirates - Launched in: 1981 - Refitted in: - Length Overall: 135 metres / 442.9 feet - Waterline Length