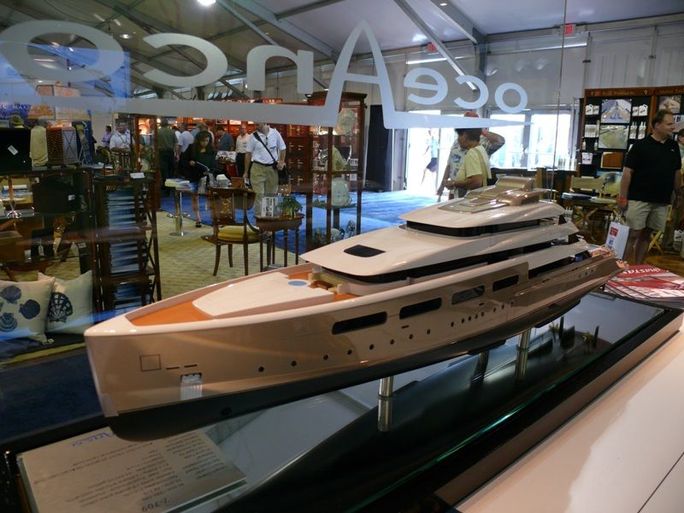 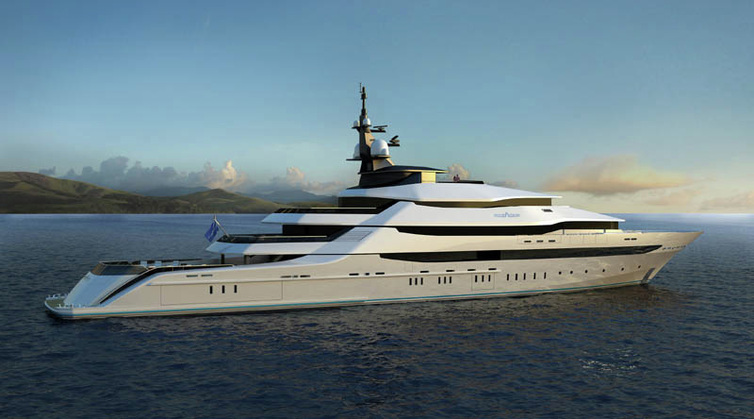 Dutch yachtbuilder Oceanco recently unveiled its largest model to date, the 85.6-metre Y708, dubbed the most advanced superyacht the company has ever put into production. Half a metre bigger than their Vibrant Curiosity we wrote about last summer, the Igor Lobanov-designed Y708 Based on three guiding principles: motion, elegance, and privacy. Dramatically sculpted surfaces convey motion, while the dynamic silhouette imparts elegance. Lastly, the design of each of the four decks is done in such a way as to maximize privacy and offer guests private balconies to enjoy the view, apart from others on board, while the hidden crew passages conceal menial labour from their gaze. With a beam of 14.2 metres, the Y708 will be powered by 2 MTU 20V 4000 M73L diesels, each producing 4,830 hp and enabling her to cruise at a speed of 20 knots. Lobanov created a single, harmonious hull and superstructure with fluid lines, and the four decks rise forward. The aft deck features a swimming pool that converts to a helipad while luxe flourishes include a sushi bar, cigar bar and library. The yacht has four guest cabins, two VIP suites and a master suite on its own deck with a salon, study, turbo jet whirlpool and wraparound balconies. 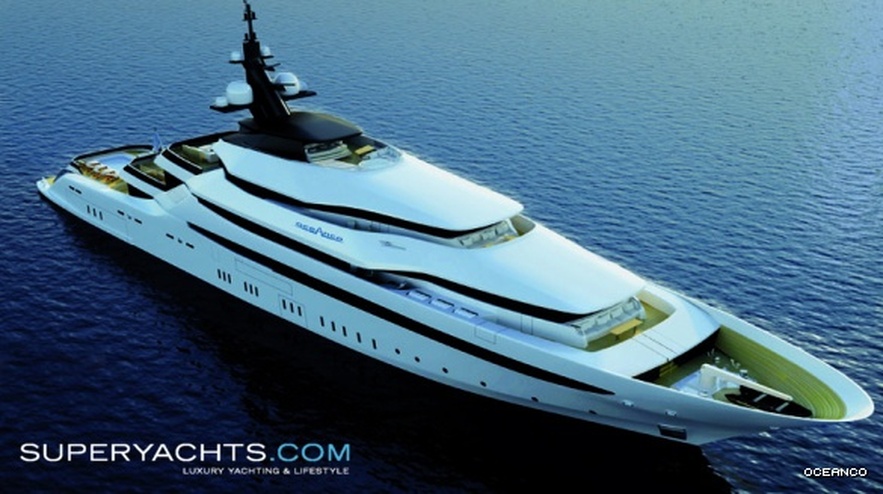 Oceanco Y707: A First Look At The New Megayacht 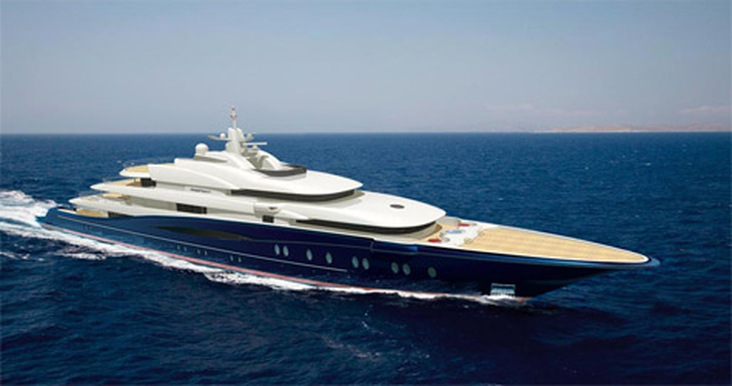 Nov21, Oceanco shipyard in Alblasserdam, the Netherlands showed some parts of the new superyacht Oceanco Y707, one of four 85+m yachts that are currently under construction.
The new 87.47 meters yacht is designed by Sam Sorgiovanni and adds new dimensions to the superyacht category.
Built to the most rigorous standards, Y707’s completed hull was transported to Oceanco’s yard from its nearby hull manufacturer on Friday 20 November. Her hull was then joined to her superstructure and maneuvered into the shed the following day. All technical spaces are painted and ready for the installation of equipment; the acoustic, thermal and fire protection insulation is already in place; and the hull itself is fully sandblasted and sprayed. The new yacht will also have a helicopter deck with foldable wings. Y707 is the first Oceanco’s yacht with the MTU 20V 4000-series engines, which are characterized by impressive power but with reduced noise and economic use of fuel.
The interior of the superyacht is very spacious. This effect is achieved by using glass and large sliding doors. This concept opens up the interior area to the outside deck, making it even longer and giving the possibility of being both inside and outside at the same time. Y707 will feature six decks each with a private exterior area. The vast owner’s apartment has several rooms and a spacious deck, on top of the entirely closed forecastle deck.
Oceanco Y707 will be delivered in 2011.
Specification:
Length Overall: 87.00m / 285.43ft 06
Beam Overall: 14.20m / 46.59ft
Maximum Speed: Approximately 18.5 knots
Accommodation: Master suite, office and private exterior deck area with whirlpool; 1 VIP suite with lounge and his & her bathrooms; 4 double VIP cabins
Material: Hull– Steel / Superstructure – Aluminium
Engine Type: 2 x 4,830hp / 3,600kW MTU 20V 4000 M73L
Fuel Capacity: 280,000 litres / 73,968 US gallons
Naval Architect: Oceanco / Azure
Exterior Designer: Sam Sorgiovanni
Interior Designer: Sam Sorgiovanni
Delivery: 2011

Y707 Fresh Out Of The Shed Shots 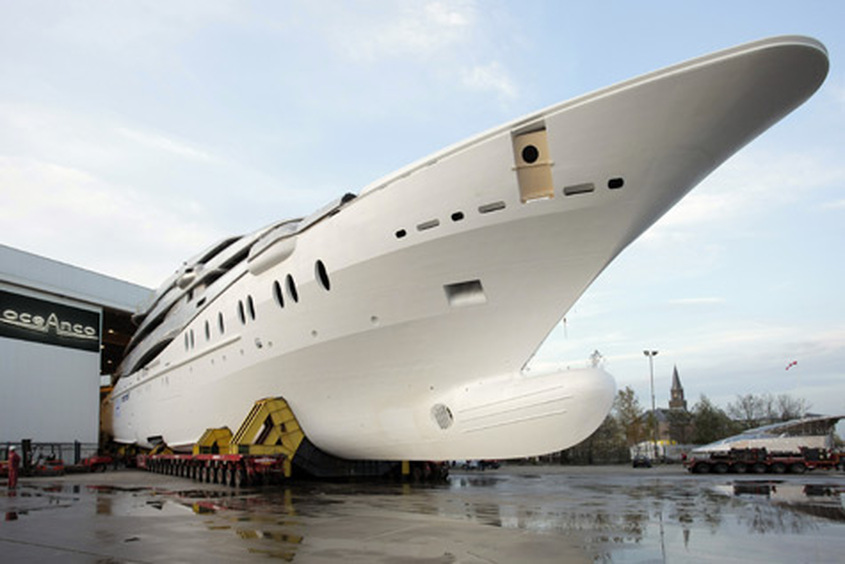 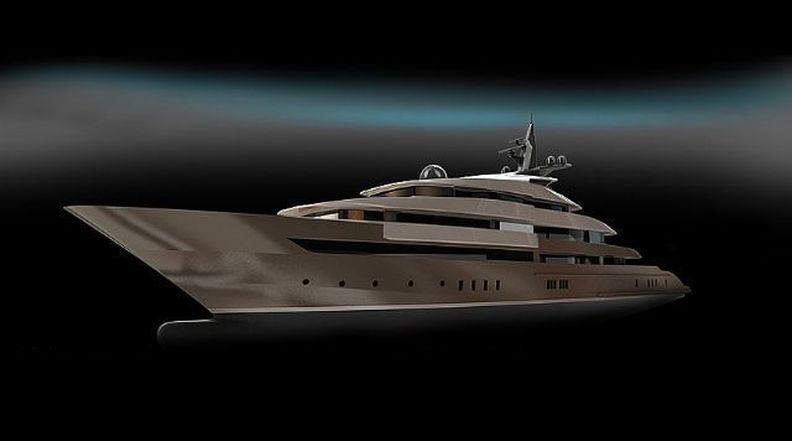 Oceanco shipyard has recently launched their latest superyacht, hull number Y706. The launch of the 86-metre yacht continues to prove the capability of the shipyard of achieving the highest engineering and production standards in terms of performance, styling and quality.