It may well be Seattle’s most expensive used boat deal ever—a 308-foot former government research vessel that’s being transformed into a luxury yacht for a mysterious Italian buyer. Total cost: more than $50 million.
Stabbert Yacht & Ship in Ballard recently completed the sale of the former National Oceanic and Atmospheric Administration vessel Saraha, which will undergo an extensive remodel expected to take 12 to 18 months. The 60-year-old family business has converted more than 30 boats since its inception. But Marketing and Project Manager Daniel Stabbert said the Sahara is the biggest to date. “This will be the largest yacht conversion we’ll have ever done,” he said. Stabbert said the buyer is an Italian man in his 30s, but declined to provide further information about him. Approached through Stabbert, the man turned down a request for an interview. Stabbert was also tight-lipped about plans for the vessel, saying only that the details are still under discussion. “They haven’t decided necessarily what they’re going to do or how they’re going to do it,” he said. “It’s still at the development stage.” The sale caught the attention of yacht brokers around the Northwest and the world. In the down economy, sales of luxury yachts—especially those requiring such a massive retrofit—are slowing, said Alan Powell, president of the 300-member Northwest Yacht Brokers Association. “In the Northwest, this has the distinction of probably being the biggest used boat sale,” said Powell, owner of Capital City Yacht Sales in Olympia. “Anyone who can get a $50 million sale today gets my highest respect. It is not an easy deal.”
The deal took four months to close, Stabbert said, largely due to the buyer’s stipulation that the ship be operational first. After the ship was decommissioned around 1990, its electrical system was gutted during an environmental remediation process to remove asbestos and PCBs used in the insulation. Stabbert Yacht & Ship workers rewired the vessel, then dismantled half a dozen engines purchased specifically for the retrofit and rebuilt the ship’s four 20-foot-long, 15-foot-high engines. “That in itself was an enormous task,” Stabbert said.
The yacht conversion will create about 250 jobs, with up to 100 of those Stabbert Yacht & Ship employees and the remainder tradespeople brought in at various stages.“That’s something the Ballard waterfront could use right now,” Stabbert said. The Sahara is expected to travel to exotic locales with its new owner, but it already has a storied past. It was originally commissioned in 1966 by the U.S. Coast and Geodetic Survey, a precursor to NOAA, and was among the largest ships built by the U.S. government for oceanographic research.
Powell speculates that the new owner plans to take the ship off the beaten path. “I would think (the buyer’s) attraction is the rugged nature of the boat,” he said. “Italian boatyards make a lot of low, sleek and fast designs—Ferraris on the water,” Powell said. “He wanted something different than what the yards in his country are known for.” Daniel Stabbert’s uncle, Don Stabbert, owner of the Kirkland Yacht Club Marina, purchased Saraha in the 1990s and parked it in front of the marina to serve as a temporary breakwater to protect smaller boats. The vessel, which Don Stabbert ironically dubbed Protector, remained there for eight years while plans to build a permanent breakwater and enlarge the marina underwent an approval process. Some residents complained that the ship was a view-obscuring eyesore, but others came to appreciate Kirkland’s infamous landmark. Now, it seems the boat has found its more ardent fan in its new owner, who, upon purchasing it, eschewed a more comfortable stay in a Seattle hotel in favor of its aging steel walls.
“He’s in love with the boat,” Daniel Stabbert said. “Apparently he slept on it the first night he bought it.” 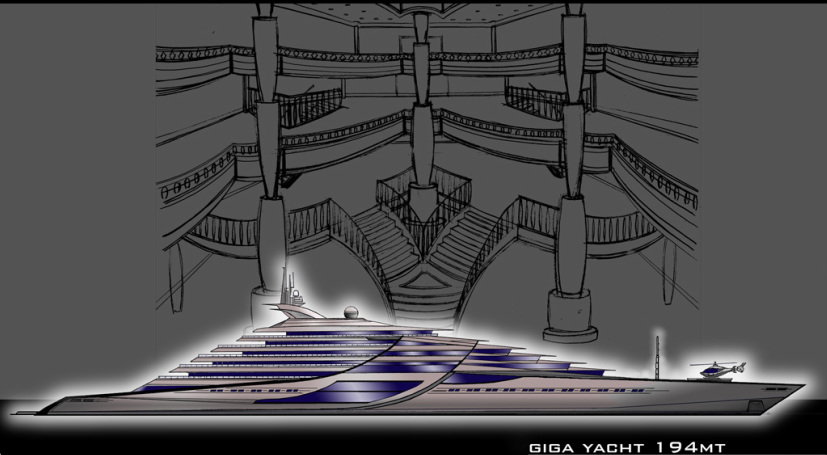 Chantier Naval Couach confirms its position in the close-knit circle mega yacht builders by signing the sale of its 2nd Motor Yacht 5000 Fly, to a Russian industrial. The FLY 5000 is an exceptional yacht which brought together the historical Mark Couach Yachts in the civil and military fields expertise:
structure and hull entirely realized in glass – Kevlar ® and reinforcements carbon ®
-    length of 50 metres on 4 decks
-    more interior space 500 m2 fully developed tailor-made and achieving will be entrusted to the Germany cyclical society.
-    Power generation 2 x 5.300 performance cv
-    Out standards for a unit of this size that thanks to the design of its keel can either behave like a docile and transatlantic yacht or reach the 30kts.
This mega yacht, whose hull is under construction, will be delivered to the client in July 2012.
This second sale is the fruit of five years of work of all of the construction teams and reinforces the recognition of the brand in the sector of the construction of yachts of luxury tailor-made. This unit focuses indeed technical expertise acquired from more than 50 years in patrol military, work boats, yacht high performance building and artisanal know-how of a French company widely recognized in the luxury sector. Fabrice Vial, owner of construction and Chairman of the Board of surveillance, and Mr Eric Robert Peillard, President of the society concluded: “we are delighted with this commercial success occurred in a still difficult market context demonstrates the vitality of our site, the recognition of its know-how and the commitment of the entire technical and commercial teams.” Chantier Naval Couach right stuff its order book and is given visibility long-term activity.” 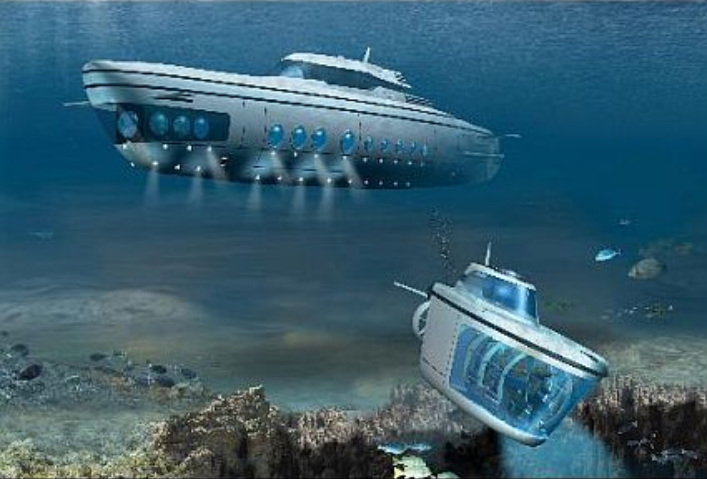 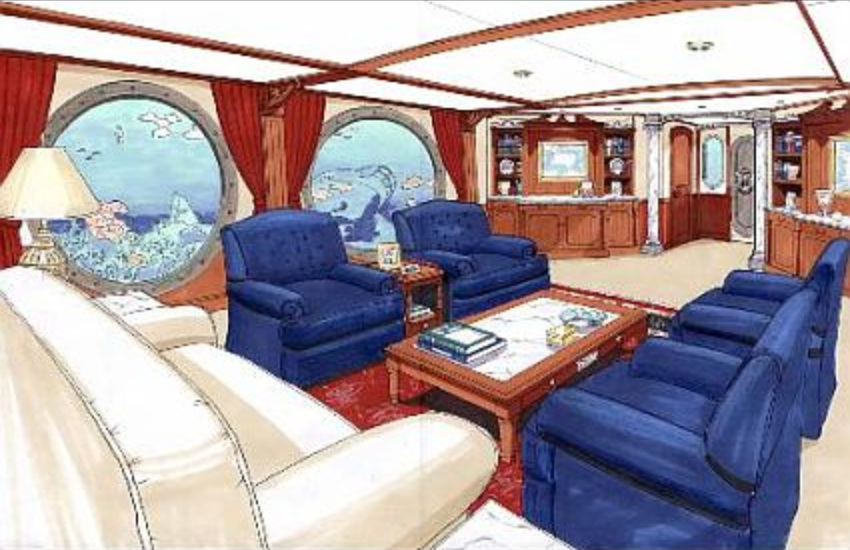 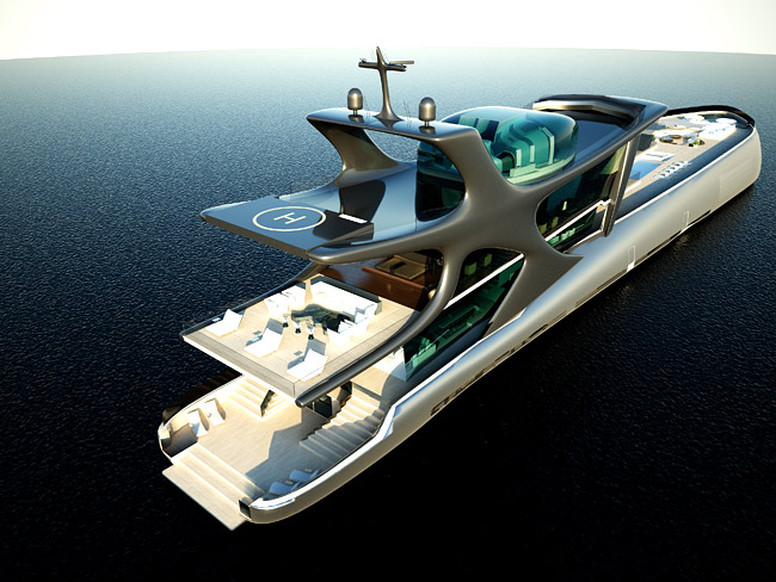 The yacht, which is technically considered a super-yacht, is 90 meters long. It is called Beluga, Emperor of Seven Seas, and though it has not been confirmed whether or not it will actually be built, it could one day become a reality. Puresang is the company that devised the design and concept, and it got a lot of attention after it was unveiled in September at the Yacht Show in Monaco. In most industries, concepts usually do not become a reality. However, Puresang is serious about their design, and is currently speaking with some potential clients about actually constructing the massive ship. Puresang’s lead designer and CEO, Will Erens claimed that it would cost nearly $200 million to build the huge yacht. Glass Deco is an associate of the project. The yacht is supposed to treat passengers to an amazing display of lights thanks to its use of glass in the design. Erens explained that he did not really like the design of current super-yachts as they have a large number of levels but don’t have many heights. He said that the goal was to have a real experience of living on a loft on the ocean. Height and light were emphasized in the design, which is supposed to help create an airy and spacey atmosphere. The staircases are made of glass and the master bedroom has a glass dome as well. The living room is adorned by a crystal chandelier that is 9 meters high. Awarded the “Best super-yacht concept” prize in the last Monaco show, it has a 650 sq meters “beach club” which includes a 14 meters long pool, Jacuzzi, disco and 100 sq meters solarium. It also has a “green” touch with a greenhouse and vegetable garden under a computer controlled roof that opens to let the sun light in. As with the super-yachts class it includes a landing deck for helicopters. With a price tag 200 million US it would be among the 10 or so dearest yachts in the world, although still far from top of the list: “Eclipse” belonging to Russian billionaire Roman Abramovich and which has an estimated cost of 1.2 billion US dollars.

What is it? The result of a challenge from an experienced owner for a very large, very private world-cruising yacht. The enquiring client had been impressed with this designer’s 74-metre Siren and 67-metre Triple-Seven. Why is it so special? Elegant lines and wide-open spaces, expanding on the ideas used for Luna from the same designer. The yacht is divided into private guest areas aft and service/crew areas forward – crew will love their own fitness centre and forward deck space.Look out for: The split-level main saloon, which has huge glass windows extending over both floors. Would appeal to: Those who cruise with lots of guests.Data LOA: 180.0m. Top speed: 25 knots. Range: 9,000 miles @ 18 knots. Guests: 14. Cabins: 6. Crew: 70 (est). Price: 500 Million+ 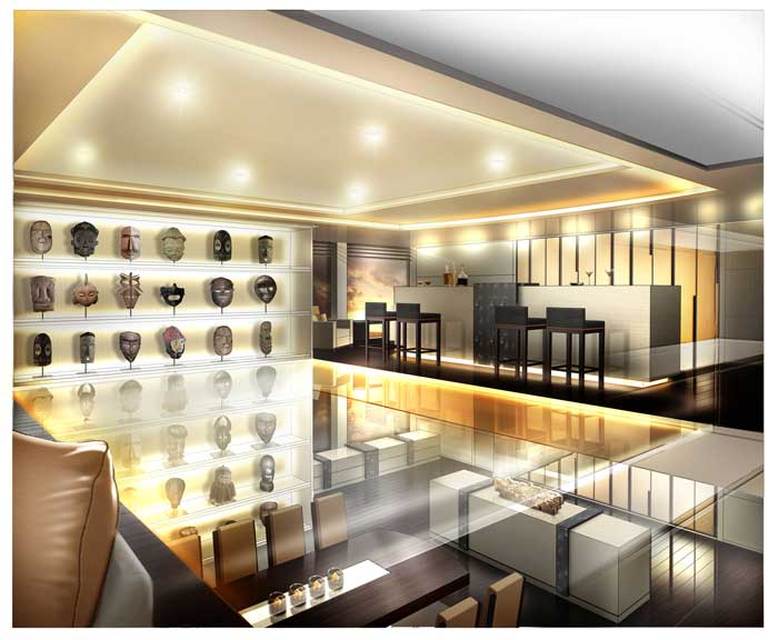