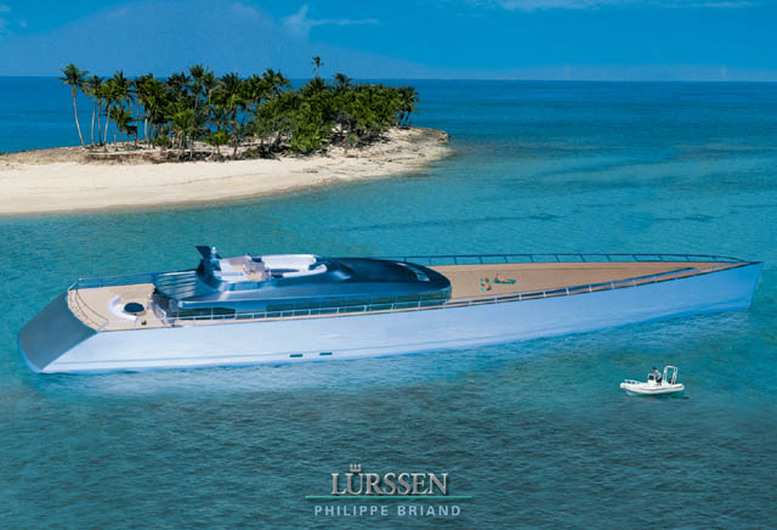 If Vitruvius looks like it's missing a mast, it's because Philippe Briand has concentrated mainly on sailing yachts in the past. Working in conjunction with Lurssen yachts, his experience in designing sailing yachts is about to be transformed into a 180' - high speed, high efficiency motoryacht.
Built of Alustar with a focus on hull and propulsion efficiency, Vitruvius will reach a top speed of more than 20 knots with cruising speed of 18 knots. Impressive figures for a 180' yacht! As a by-product of its Alustar construction and optimized hull, fuel consumption is 50% less than a conventional yacht of similar size. This increased efficiency will give Vitruvius a range of 4000 miles at 15 knots. Essentially, a motoryacht with the trans-Atlantic capability of a sailing yacht. 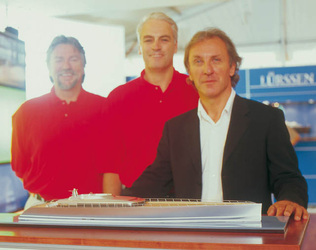 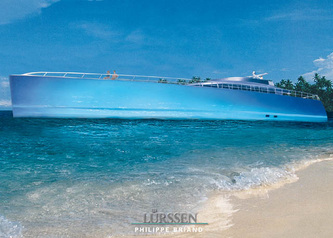 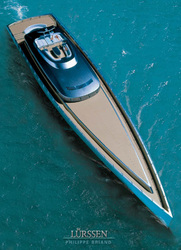 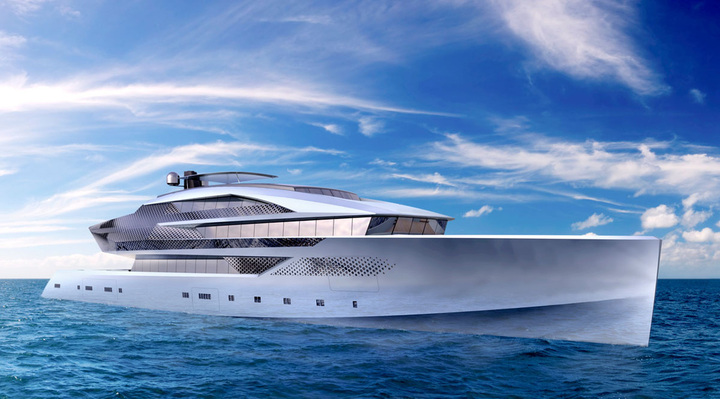 The Aurora superyacht is distinct for its hexagonal graphic detailing inspired by traditional Islamic patterns. This helps in filtering light into the interior besides providing more privacy. The design appears to present a refined approach to the connection between inside and out. The yacht features both the living spaces and exterior design as interdependent elements offering a unified experience.
The main deck is designed as a multifunctional area. The aft deck is linked directly to a fluid and modular grand lounge surrounded by full height glazing. The aft upper deck also features a lounge area, which is cantilevered over the deck below. This arrangement provides a sheltered area. A spa is located on the foredeck abaft the helipad. Aurora features a theatre/game room and library on the main deck with a gym and sauna on the lower deck. Four double and two VIP guest suites, each with fold out balconies, are located on the upper deck. An entire level has been dedicated to the owner.The yacht is constructed from steel and aluminium, adhering to Maritime and Coastguard Agency (MCA) and Royal Institution of Naval Architects (RINA) Green Star classifications. It is engineered to achieve a maximum speed of 18 knots and a range of 6,000 nautical miles at a cruising speed of 16 knots.Photovoltaic systems are installed to provide a green power source for hotel loads. An adaptable canopy placed on the sky deck tracks the angle of the sun. The latest in hybrid propulsion systems have been used for the Aurora project. Materials used for the design and construction ensure a very low impact on the environment. 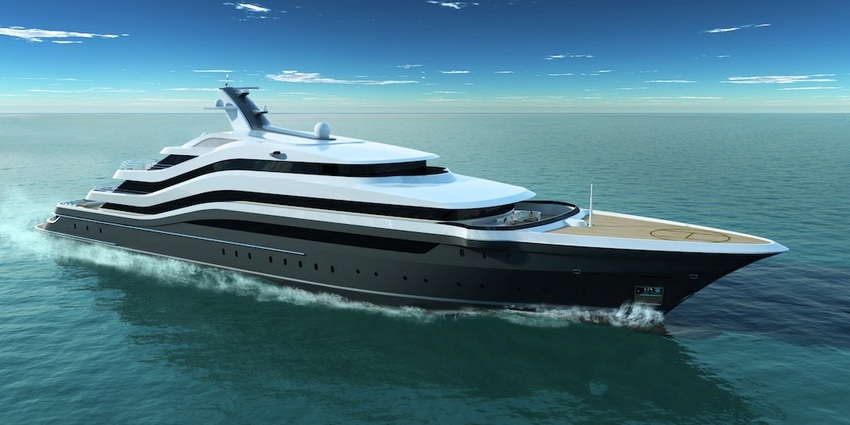 The latest and greatest ocean liner to come from Luiz de Basto is the Orchid Superyacht, a yacht that is so luxurious it comes equipped with six different decks for your viewing pleasure. The main attraction for the Orchid Superyacht is the sheer space that people have when aboard. The yacht can accommodate eight passengers, all of whom are exposed to the most extreme luxury imaginable. The yacht comes with an elliptical pool, a salon, a theater room, a gym, a spa and two separate rooms for wine storage. The Orchid Superyacht sounds ultra luxurious. 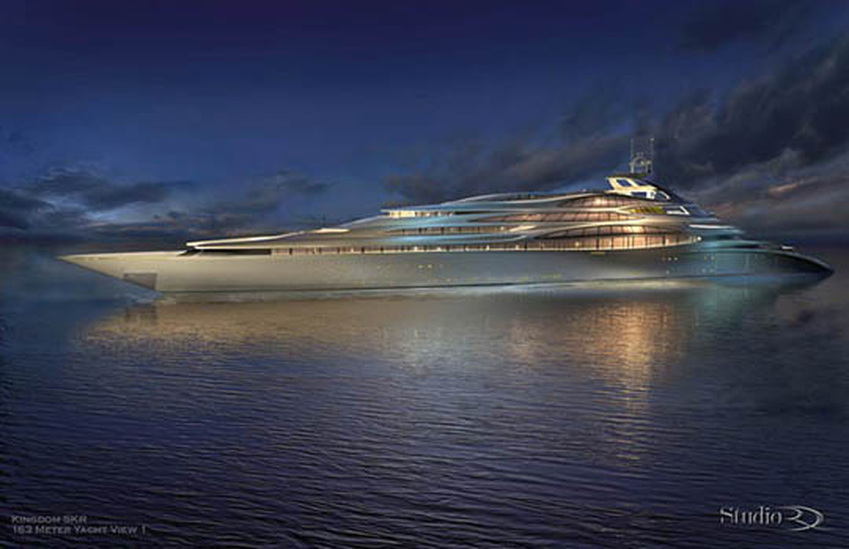 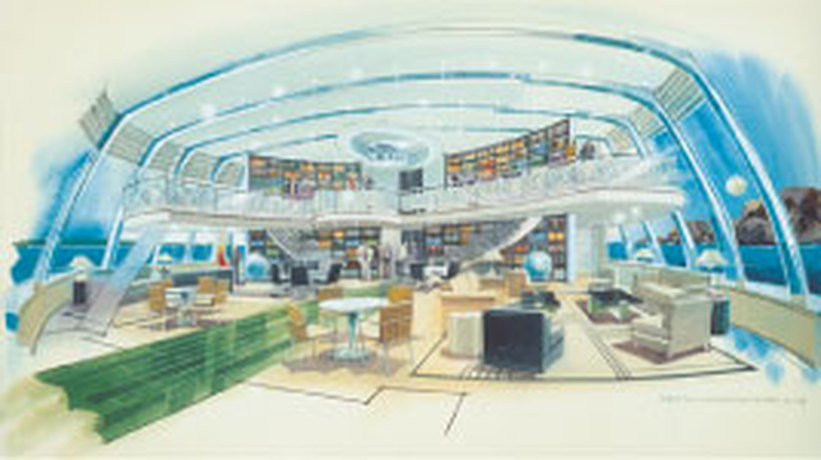 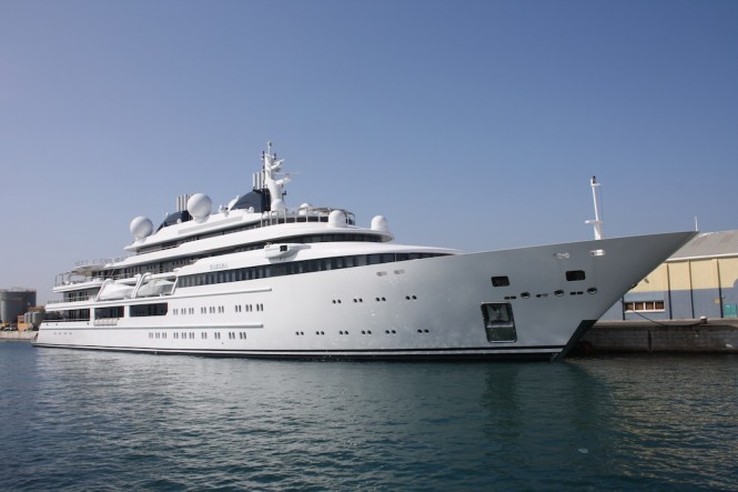 Project Crystal, hull number 13656, launched at the end of April by Lurssen has now been christened Katara.
Katara is one of the world’s largest yachts, she measures 124,4 metres and has a beam of 18 metres. The naval architecture of the superyacht was designed by Lurssen in-house naval architects and Espen Oeino International (Monaco) created her exterior design.Katara has a steel hull and aluminium superstructure. As her name suggest, she flies the Qatar flag.Specification of the Katara:Length Overall: 124.40 m/408.14 ftBeam: 18.00 m/59.06 ft 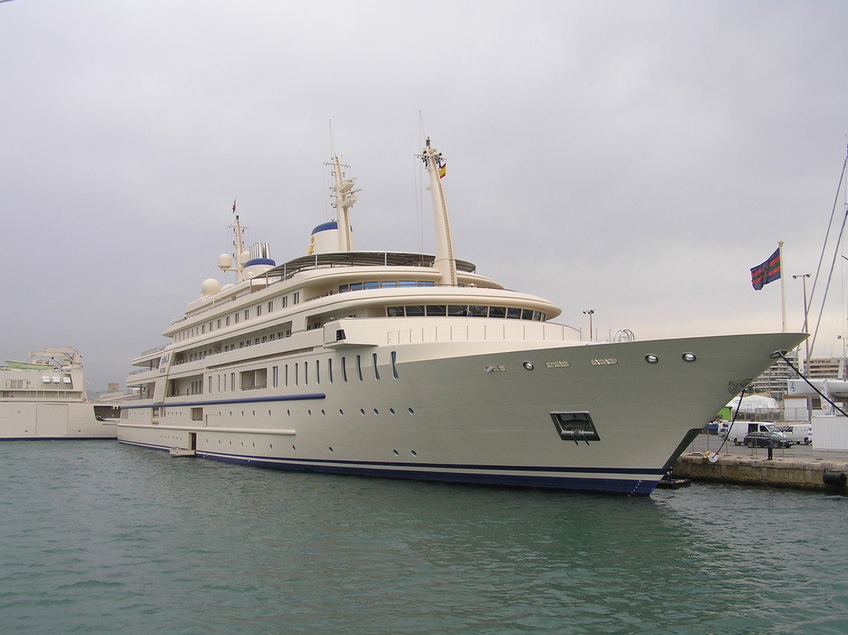 Arabian-owned mega yacht Al Said, built under the name Sunflower, was launched in September 2007. She is a faint sandy color and a replacement for the previous mega yacht named Al Said, which also has a sandy color. Al Said measures in at 508 feet (155 meters) making her one of the largest yachts on the water. Construction: Al Said is a Lurssen project. Under the name Sunflower, she was constructed under a great deal of mystery, which fueled rumors that she was designation to be a royal yacht. Features: Al Said has a forward sundeck structure and a sandy color. Her tenders and amenities are kept secret, but aerial shots indicate at least a helipad aft on one of the upper decks. 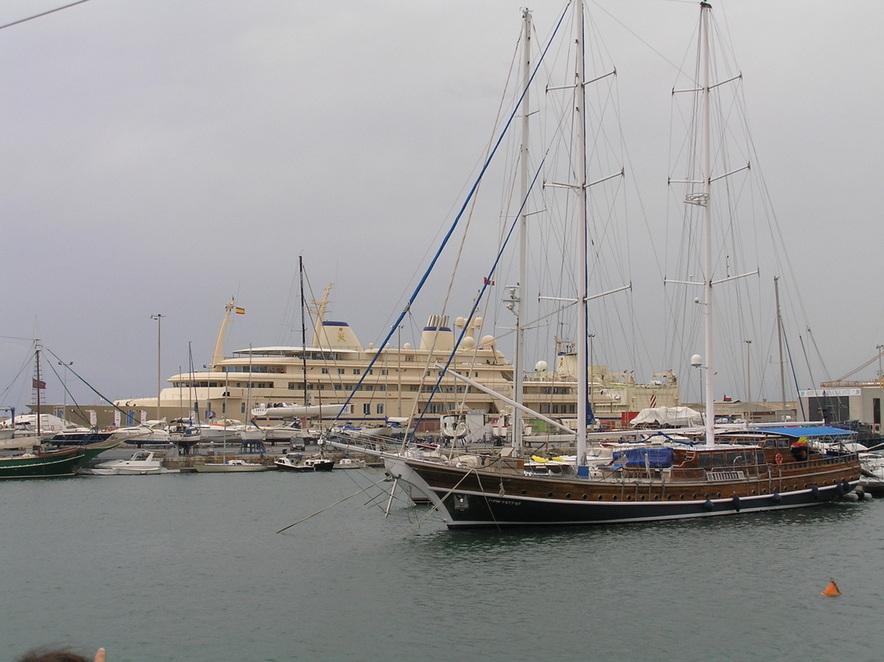